Why Every Freight Forwarder Needs to Offer China-U.S. Service 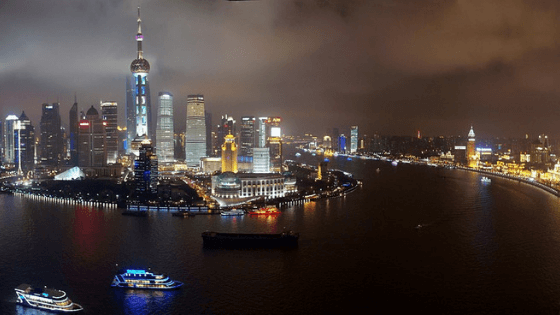 Although it might seem obvious, every freight forwarder needs to have a China service offering. For American logistics professionals, both exports to and imports from China are valuable lanes that need to be in your portfolio.

Moreover, the distribution of cargo volumes is such that an absence of China origin services makes it difficult to grow beyond niche trade lanes or specialized commodities only. While niches are often profitable, having an insufficient product offering doesn’t lend itself to growth either.

Even with the uncertainty of ongoing tariff negotiations, China-U.S. trade remained lucrative. Finding your place along the trade lane isn’t just good for your business now; it could make or break your business in the (very) near future.

Trade between the United States and China is the most valuable ocean freight trade lane in the world. In 2018, the trade volume from China to the U.S. increased by a whopping 11.3% from the previous year, the highest export growth since 2011, according to CNBC. There were many reasons for this, in particular, an especially busy peak season with fears of impending tariff hikes looming. But the trend of China import growth to the U.S. is continuously rising.

The value of Chinese imports to the U.S. hit nearly $540 billion in 2018 according to the United States Census Bureau, double the import value from only a decade ago. While U.S. exports to China haven’t grown at the same astronomical rate, they continue to rise year-over-year, buoyed by about a 16% increase in overall import volume by China.

We’ve written about the impact heavy tariffs on the China - U.S. trade lane can have on logistics. Generally, it’s not pretty. Both China and the U.S. have issues to address in their trade relationship: China banked a surplus of over $330 billion in 2018, an all-time high, while the U.S. is defending itself against accusations of protectionism and the fallout of hiking tariffs on its largest import partner.

Still, volumes didn’t slow. Fears of sanctions stoked volume growth, with the holiday peak season increases attributed to concerns about tariffs (at the time, new tariff hikes were scheduled to go into effect at the start of the new year), which triggered a front-loading bonanza that proved to be very beneficial for shipping professionals on both sides of the Pacific. The simple fact is that trade between China and the U.S. is just too valuable to both countries to abandon entirely.

But that doesn’t mean volumes will always be this massive.

Historically, increased sanctions are bad for logistics, who bear the brunt of the fallout from higher trade costs and greater product restrictions. There are essentially two ways to offset the potential drop off from tariff hikes:

Imports are Complicated. We Can Help

Despite the enormous volumes traded between China and the U.S., the logistics of, well, logistics are barely any easier. Companies are trying to address this--it remains the best potential use case for blockchain technology in supply chain management--but logistics isn’t quite at the point when every mile, including the ones that cross customs, are “set it and forget it” easy.

You need a strong partner to guide you through the complexities of imports. Considering the value of China imports to the U.S., picking a technology solution and the right partners behind it aren’t just good ideas; they’re crucial to your profits.

We can help. With competitive China import rates added and updated daily from trusted NVOCC’s, and a dedicated, experienced, and globally connected team committed to making every shipment as easy as possible for you and your customers, CoLoadX is the partner you need to get the most out of the world’s most valuable trade route. Both while the getting’s good, as well as when times get tough.